The MaS Game is a modern board game for high school students to support education classes on Social Internship. The first edition of the game has been successfully played by more than a thousand students in the Amsterdam region. Because there is a lot of interest from schools and placement agents in August 2012 the third edition of the game was released. This third edition is again well suited to be played in secondary schools all over The Netherlands.

The feedback of schools and agents is very positive. The students find the game a lot of fun to play. The new national version of the game has actualized cards so it can be played in 2014 and years to come. 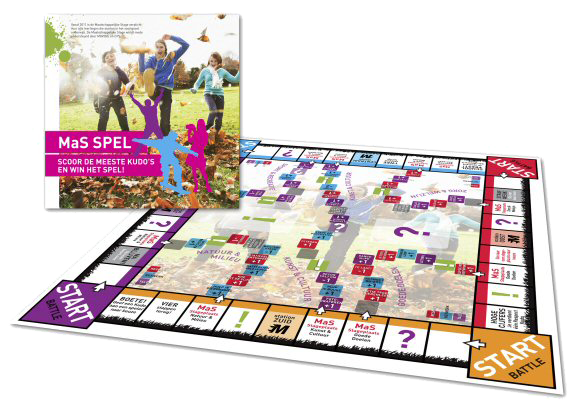