Housing Private Fireplace exists 100 years. Game Maker has a unique opportunity for this anniversary game developed. A sustainable and educational gift Own Hearth for residents, stakeholders and employees.

Each player plays from his own neighborhood. During the game the players invest (houses places) in the districts, neighborhoods are thus increasingly attractive for residents. The player who first 100 residents happy, wins the game. The players (maximum 6) all play simultaneously. Nobody has to wait his turn!

The anniversary game is completely in style and on the playing cards are 10 projects in the history of Private Fire briefly described. 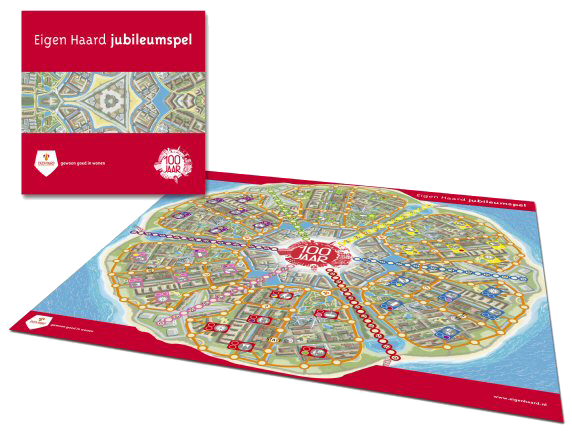